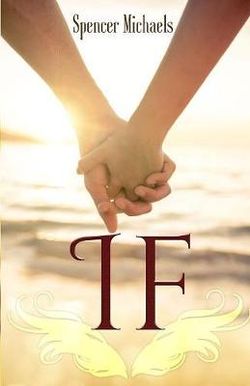 Does true love stand a chance against a hitman and the mob?

When Anna, a young naive girl, is forced into an arranged marriage to William Bakalar, a hitman for the Youngstown, Ohio mob, she never expects to risk everything by falling for another man. But Mark Banos, known on stage as Tom Marks, is everything to Anna...not just her love, but her destiny.

Tom, a quick-tempered night club performer, and Anna, an innocent psychic who toils away her days as a department store clerk, find romance. But their union is merely an undercurrent of what's really at stake for this couple.

They share a deep connection beyond mere physicality, but that which is also spiritual. Their Twin Flame relationship, if not realized, will affect more than their hearts, but also the wellbeing of everyone. Together, they create a healing frequency that will maintain the balance of the planet. The world stands to lose their combined saving powers if they are not reunited.

Compared to Richard Matheson's classic novels, "What Dreams May Come" and "Bid Time Return" about a man who travels back in time to court a woman, Spencer Michaels' story, "If" provides a satisfying, page-turning journey for romance and fantasy readers.

Be the first to review If.