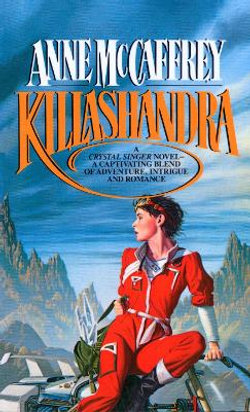 by Anne McCaffrey
Paperback
Publication Date: 12/11/1986
Be the first to write a review
Tweet

Killashandra Ree's life was one of catastrophic changes. She had joined the Heptite Guild to become a crystal singer, get rich, and forget her past. And at first everything went just as she had hoped. In one season on the deadly beautiful world of Ballybran, she had sung Black Crystal, grown wealthy, and met a man who made her sorrows seem unworthy of notice.

But then, a year later, a devastating storm turned her claim to useless rock. In short order she was broke, she had crystal sickness so bad she thought she'd die, and the only way she could be true to the man she loved was to leave him. . . .

Be the first to review Killashandra.