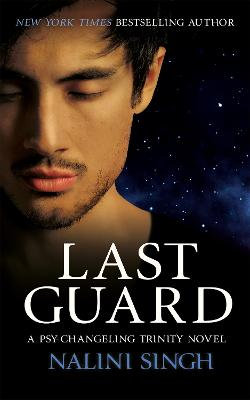 Nalini Singh's award-winning, bestselling Psy-Changeling Trinity series continues. Enter a world devastated by change, with two people defined by their aloneness hold the fate of the Psy in their hands . . .

New York Times bestselling author Nalini Singh returns to a world devastated by change in her award-winning Psy-Changeling Trinity series, where two people defined by their aloneness hold the fate of the Psy in their hands . . .

Termed merciless by some, and a robotic sociopath by others, Payal Rao is the perfect Psy: cardinal telekinetic, CEO of a major conglomerate, beautiful - and emotionless.

For Canto Mercant, family and loyalty are everything. A cardinal telepath deemed 'imperfect' by his race due to a spinal injury, Canto cares for the opinions of very few - and ruthlessly protects those he claims as his own. Head of intel of the influential Mercant family, he prefers to remain a shadow in the Net, unknown and unseen. But Canto is also an Anchor, part of a secretive designation whose task it is to stabilise the PsyNet. Now that critical psychic network is dying, threatening to collapse and kill the entire Psy race with it.

To save those he loves, Canto needs the help of a woman bound to him by a dark past neither has been able to forget. A woman who is the most powerful Anchor of them all: Payal Rao. Neither is ready for the violent inferno about to ignite in the PsyNet . . . or the passionate madness that threatens to destroy them both.

Nalini Singh was born in Fiji and raised in New Zealand. She spent three years living and working in Japan, and travelling around Asia before returning to New Zealand now although she's always plotting new trips.

She has worked as a lawyer, a librarian, a candy factory general hand, a bank temp and an English teacher, not necessarily in that order. Some people might call that inconsistency, but she calls it grist for the writer's mill.

Be the first to review Last Guard.