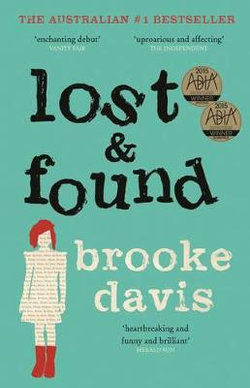 LOST & FOUND, the bestselling Australian fiction debut of 2014, now an international sensation, will have you laughing, crying and, by the end, feeling just a little wiser. A stunning first novel from one of Australia's most exciting young authors.

At seven years old, Millie Bird realises that everything is dying around her. She wasn't to know that after she had recorded twenty-seven assorted creatures in her Book of Dead Things her dad would be a Dead Thing, too.

Agatha Pantha is eighty-two and has not left her house since her husband died. She sits behind her front window, hidden by the curtains and ivy, and shouts at passers-by, roaring her anger at complete strangers. Until the day Agatha spies a young girl across the street.

Karl the Touch Typist is eighty-seven when his son kisses him on the cheek before leaving him at the nursing home. As he watches his son leave, Karl has a moment of clarity. He escapes the home and takes off in search of something different.

Three lost people needing to be found. But they don't know it yet. Millie, Agatha and Karl are about to break the rules and discover what living is all about.

Brooke Davis grew up in Bellbrae, Victoria, and attempted to write her first novel when she was ten years old. It was genre-busting foray into the inner-workings of a young teenage girl's mind - Anne Of Green Gables meets The Baby-Sitters Club Meets Are You There God? It's Me, Margaret Titled Summer Sadness. Fortunately it remains unfinished, as she quickly realised she didn't know the first thing about sadness, or being a teenager.

Lost & Found is her first proper novel, and she was lucky to write it as part of a PhD at Curtin University in Perth, Western Australia. She still lives there (in Perth, not at university), and is sometimes allowed to work at a very nice bookshop nearby. Much to Brooke's surprise, Lost & Found proved to be the buzz book of the 2014 London Book Fair and will be published in 26 countries around the world.

Be the first to review Lost & Found. 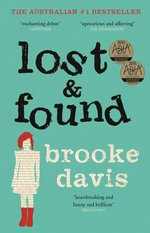 Contemporary fiction Book of the Month Australian Books
Hold on while we process your request.