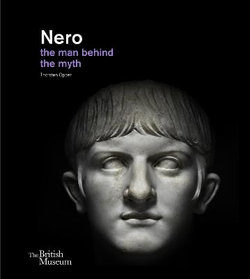 the man behind the myth

Takes a fresh look at the life of Nero (r. AD 54-68), providing insight into the inner conflicts of a Roman society in transition and challenging preconceptions of a figure dismissed by a hostile source-tradition as tyrannical, deluded and ineffectual.

One of the best known figures from Roman history, Nero (r. AD 54-68) is most often characterised as a tyrannical and ineffectual ruler, who fiddled while Rome burnt. Such a reputation has, however, been shaped by ancient literary sources written by his adversaries and enemies and, in light of new research, can be considered crudely reductive. This publication, and the exhibition it accompanies, redresses the balance and provides a more nuanced interpretation of Nero’s reign and Roman society of the time, reflecting on the traditional perceptions of his rule and revealing the challenges with which the young heir to Claudius’ empire had to contend.

The period during which Nero ruled over Roman society was one of profound change. The extent of the empire at the time was vast, having grown significantly during the previous century through conquest and annexation, and peace and prosperity followed years of bloody war. The role of Nero’s mother Agrippina in his accession to the throne is well-documented, but her expectations of great influence once Nero was in post were not met and the role of women, and family more widely, is considered in detail in this book.

In addition to familial conflict, Nero also had to confront the threat of rival powers and the assimilation of newly conquered territories, which provided him with the opportunity to prove himself as a strong military leader. Alongside military campaigns, he adopted ‘populist’ policies, was preoccupied with the beautification of the heart of his empire, which was subsequently devastated by fire, and enthusiastically engaged in theatre and entertainment.

Nero’s rule was curtailed by military rebellion in AD 68 and the embattled emperor ultimately committed suicide. His death brought to an end the reign of the Julio-Claudian dynasty, and the subsequent vilification of his memory and the removal and desecration of his image are an enduring, but misleading, legacy.

Be the first to review Nero.