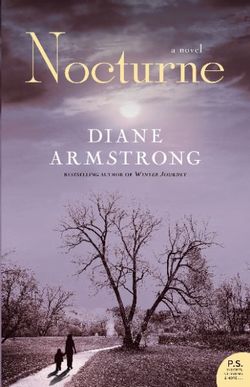 Few know the story of the Warsaw Ghetto and the Polish Resistance ... Even fewer know the stories of the children caught in it ...

She closed her eyes and listened to the forbidden Chopin nocturne ... its magic hung in the air. It is Warsaw, 1939, and Elz'unia is an indulged teenager who longs for a heroic life filled with romance. But the outbreak of war shatters all her dreams. As bombs fall, she meets Adam, a taciturn airman whose fate becomes entwined with hers. In despair over the occupation, Adam joins the Polish resistance, then flies bombers for the RAF. Forced into the Warsaw Ghetto, Elz'unia learns that even children must create their own rules to survive. When the Ghetto defies the invaders, and later the entire city of Warsaw rises up, Elz'unia finds strength in ways she never imagined. NOCtURNE is a powerful and inspiring testament to resilience and courage in the face of cruelty and betrayal.

Diane Armstrong is a child Holocaust survivor who arrived in Australia from Poland in 1948. An award-winning journalist and bestselling author, she has written five previous books. Her family memoir Mosaic: A Chronicle of Five Generations, was published in 1998 and was shortlisted for the Victorian Premier's Literary Award for Non-Fiction as well as the National Biography Award. It was published in the United States and Canada, and was selected as one of the year's best memoirs by Amazon.com.

In 2000, The Voyage of Their Life: The story of the SS Derna and its passengers, was shortlisted in the New South Wales Premier's Literary Award for Non-Fiction. Her first novel, Winter Journey, was published in 2004 and shortlisted for the 2006 Commonwealth Writers' Prize. It has been published in the US, UK, Poland and Israel. Her second novel, Nocturne, was published in 2008 and won the Society of Women Writers Fiction Award.

It was also nominated for a major literary award in Poland. Empire Day, a novel set in post-war Sydney, was published in 2011. Diane has a son and daughter and three granddaughters. She lives in Sydney.

Be the first to review Nocturne. 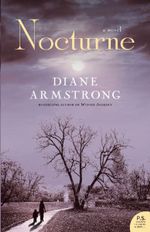