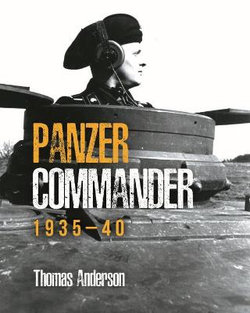 A new insight into World War II panzerwaffe operations, based on the analysis of thousands of after-action reports. Hitler's totalitarian government established an all-controlling bureaucracy which affected all aspects of civilian life in Germany and also that of the country's military. Unit commanders of the Wehrmacht were ordered to keep meticulous records of everything, from vehicles to paperclips and as war began the collation of detailed after-action reports. These would be written by battalion, platoon and - most often - by an individual panzer commander. Many of these reports would be illustrated by the commander, particularly if a tank had been captured by the enemy. This volume, based on research into thousands of these reports and including the translations of hundreds of them, gives an entirely new perspective on panzerwaffe operations throughout World War II. This volume covers the blitzkrieg operations in the first years of World War II, covering Poland and the fall of France. The detailed text is illustrated with some 200 photographs, many unpublished, supported by detailed captions; accurate maps of battles; photographs of uniform, badges of rank, insignia/regalia and specific awards/medals and artwork of individual tanks. 200 photographs and diagrams

Be the first to review Panzer Commander.