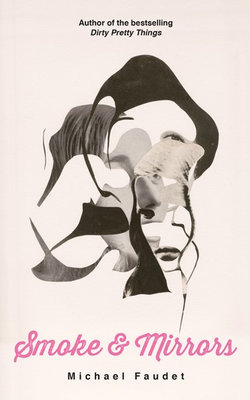 Smoke & Mirrors is the third book from internationally bestselling poet Michael Faudet, author of Bitter Sweet Love and Dirty Pretty Things both finalists in the 2016 and 2015 Goodreads Readers Choice Awards.

Michael Faudet’s latest book takes the reader on an emotionally charged journey, exploring the joys of falling madly in love and the melancholy world of the brokenhearted.

Michael Faudet has done many interesting things. Most notable was enjoying an eighteen-year career, working for arguably one of the most creative advertising networks in the world.

During his time at DDB, he has held the positions of Director on the Australian management board, Managing Partner in New Zealand and Executive Creative Director in the Auckland, Sydney and Melbourne offices.

He has tutored extensively, guest lectured at universities, sat on many industry judging panels and has spoken at creative conferences around the world. Michael has also won numerous international awards in some of the most prestigious advertising shows. In 2013, he decided to walk away from advertising to focus on his own creativity and writing. He helped launch the international best seller Love & Misadventure by author Lang Leav.

His new book, Dirty Pretty Things is a #1 Best Seller and available now on Amazon and selected bookstores. When he is not writing, you'll find Michael sharing a bottle of wine with his poet girlfriend, Lang Leav, in their little house by the sea.

Be the first to review Smoke & Mirrors.