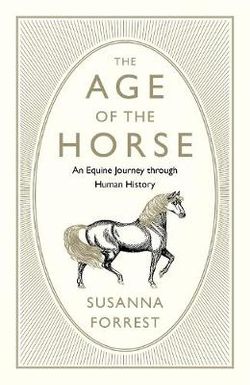 The Age of the Horse

An Equine Journey Through Human History

Man has always been fascinated by Equus caballus, recasting horse power into many forms: a hunk of meat, an industrial and agricultural machine, a luxury good, a cherished dancer, a comrade in arms and a symbol of a mythical past. From the wild tarpans sought by the Nazis to jade-laden treasure steeds in Ancient China, broken-down nags recycled into sausages and furniture stuffing, stallions that face fighting bulls and brewery horses that charmed the founder of the Sikh Empire, 'The Age of the Horse' knits the history of the horse into that of humans, through revolution, war, social change and uneasy peace. It also uncovers new roles for the horse in the 21st century as a tool in the fight against climate change and as a therapist for soldiers damaged in unwinnable conflicts.

Be the first to review The Age of the Horse. 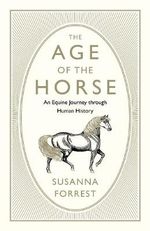 The Age of the Horse

Wildlife: general interest Horses & ponies
Hold on while we process your request.