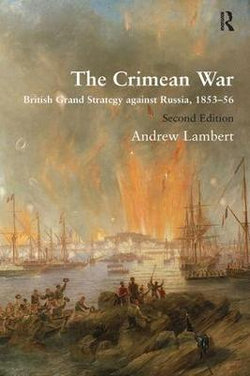 This item qualifies for FREE delivery
In contrast to every other book about the conflict Andrew Lambert's ground-breaking study The Crimean War: British Grand Strategy against Russia, 1853-1856 is neither an operational history of the armies in the Crimea, nor a study of the diplomacy of the conflict. The core concern is with grand strategy, the development and implementation of national policy and strategy. The key concepts are strategic, derived from the works of Carl von Clausewitz and Sir Julian Corbett, and the main focus is on naval, not military operations. This original approach rejected the 'Continentalist' orthodoxy that dominated contemporary writing about the history of war, reflecting an era when British security policy was dominated by Inner German Frontier, the British Army of the Rhine and Air Force Germany. Originally published in 1990 the book appeared just as the Cold War ended; the strategic landscape for Britain began shifting away from the continent, and new commitments were emerging that heralded a return to maritime strategy, as adumbrated in the defence policy papers of the 1990s. With a new introduction that contextualises the 1990 text and situates it in the developing historiography of the Crimean War the new edition makes this essential book available to a new generation of scholars.

Be the first to review The Crimean War. 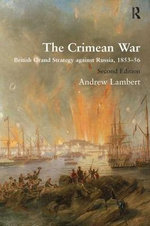