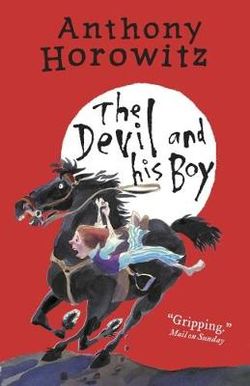 The Devil And His Boy

Chase through the streets of Elizabethan London in this thrilling adventure by number one bestselling author, Anthony Horowitz.

London is dirty, distant and dangerous... but that's where orphan Tom Falconer is heading. And he's got a whole assortment of vicious criminals hot on his heels. Tom is helpless and alone until he meets Moll Cutpurse, a thirteen-year-old pickpocket. Together they find themselves chased across the city by the murderous Ratsey. But it's only on the first night of a new play - The Devil and his Boy - that Tom realizes that the fate of the Queen and indeed the entire country rests in his hands.

About the Author
Anthony Horowitz is the author of the number one bestselling Alex Rider books and The Power of Five series. He has enjoyed huge success as a writer for both children and adults, most recently with the latest adventure in the Alex Rider series, Russian Roulette and the highly acclaimed Sherlock Holmes novels The House of Silk and Moriarty. Anthony was also chosen by the Ian Fleming estate to write the new James Bond novel, Trigger Mortis, which will be published this year. Anthony has won numerous awards, including the Bookseller Association/Nielsen Author of the Year Award, the Children's Book of the Year Award at the British Book Awards, and the Red House Children's Book Award. Anthony was awarded an OBE for Services to Literature. He has also created and written many major television series, including Injustice, Collision and the award-winning Foyle's War.

Be the first to review The Devil And His Boy. 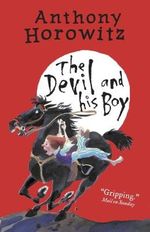 The Devil And His Boy