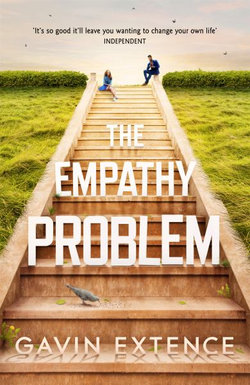 So far in his life, Gabriel - selfish, arrogant and happy to be so - has only ever thought about two things: money and himself. When he's diagnosed with a terminal brain tumour, he doesn't see why anything should change.

But as the tumour grows, something strange starts happening. Whether Gabriel likes it or not, he's becoming . . . nicer. Kinder. A better person.

And then he meets Caitlin. Before, he wouldn't even have glanced at her; now he's entranced. But real change takes time - and time is something Gabriel just doesn't have.

As each day brings him closer to his last, has the one opportunity for a second chance passed him by?

Gavin Extence lives in Sheffield with his wife and children. He has written two previous novels, the Richard and Judy bestseller, The Universe Versus Alex Woods and The Mirror World of Melody Black, which was described as 'a cross between Bridget Jones' Diary and One Flew Over the Cuckoo's Nest' by a Simon Mayo Book Club reviewer.

Be the first to review The Empathy Problem.