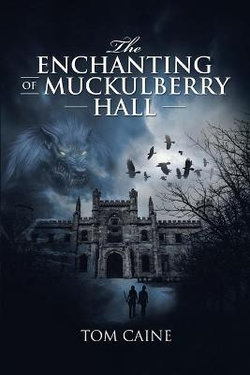 The Enchanting of Muckulberry Hall

A war is being fought between two powerful forces for control of planet earth. It has been raging on and off, for well over two thousand years. And as the centuries have past, neither side has been able to gain an outright victory.

Dominant for the last two thousand years, have been the forces of the Dark Ones, and their human allies and slaves. Their objective is to exploit without any limit or regard, the natural resources of the planet. And to the Dark Ones, every living thing on the planet is a resource! As the human-race began to develop, the Dark Ones discovered among these humans, more than enough allies to assist them, in their need to accumulate and destroy. These humans, whose ego's, and lust, for wealth and power, almost match that of the Dark Ones, themselves.

Assisting the Dark Ones are savage creatures, creatures that inhabit a parallel word to our own. These creatures, under the control of the Dark Ones, have been coming and going between the two worlds for as long as humankind, has been around. Legends, myths, and horror stories, began to enter human psychic memory, almost from the very beginning. Stories which included shape changers, humans infected after being bitten, by Lycan or Vampires. Many other creatures, also moved between the two worlds, leaving their own mark, on the human psychic! Those people unfortunate enough to be bitten, and who do not die, develop the ability to change between the two forms, at will.

It is summer, 2019. The forces opposed to the Dark Ones and their human allies, are now vastly outnumbered. The majority, of the human population, has up until now, lived in almost complete ignorance of a war, which has raged about them, for millennia. The planet is now under complete siege, global warming, oceans heavily polluted with toxic waste, and plastic. Wilderness areas being destroyed at an unprecedented rate, along with the biggest extinction, of wildlife, since the age of the dinosaurs. We have reached a tipping point, we either destroy the Dark Ones, and their human allies, or we resign ourselves to life on a dying planet.

The worlds sanctuaries are under siege. And with the war threatening to become overt, the conflict now risks spilling over into the worlds, general population. The Muckulberry hunters, along with fellow hunters from sanctuaries all over the planet, have their backs to the wall. But news of the coming of a mighty hunter, who has been gifted with tremendous powers, and abilities, having been touched by Gaia, herself! Has bought renewed hope. His coming was foretold over a thousand years before, by the spirit of Muckulberry henge. But has his arrival, come in time for him to fulfil, his destiny

Lady Claudia Muckulberry, with the full support of her new champion, and a small army of dedicated hunters, has decided that it's time to finally break, the insane power of the Dark Ones, and their willing human allies. She intends to sever the head from the ravenous snake, once and for all, therefore restoring sanity, and balance back into the world.

Be the first to review The Enchanting of Muckulberry Hall.

The Enchanting of Muckulberry Hall