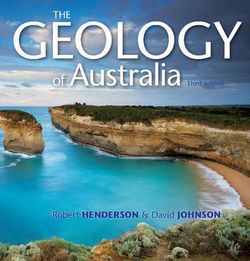 The Geology of Australia 2

The Geology of Australia provides a vivid and informative account of the evolution of the Australian continent over the last 4400 million years.

Starting with the Precambrian rocks that hold clues to the origins of life and the development of an oxygenated atmosphere, it goes on to cover the warm seas, volcanism and episodes of mountain building, which formed the eastern third of the Australian continent.

This illuminating history details the breakup of the supercontinents Rodinia and Gondwana, the times of previous glaciations, the development of climates and landscapes in modern Australia, and the creation of the continental shelves and coastlines.

Separate chapters cover the origin of the Great Barrier Reef, the basalts in Eastern Australia, and the geology of the Solar System.

This second edition features two new chapters, covering the evolution of life on Earth while emphasising the fossil record in Australia, and providing a geological perspective on climate change.

From Uluru to the Great Dividing Range, from earthquakes to dinosaurs, from sapphires to the stars The Geology of Australia is a comprehensive exploration of the timeless forces that have shaped this continent.

David Johnson is a passionate First World War historian and is the author of "The Man Who Didn't Shoot Hitler: The Story of Henry Tandey VC" and eight other titles.

Robert Henderson and Doug Cremer are the coauthors of A Photographic History of P&O Cruises.

The Geology of Australia