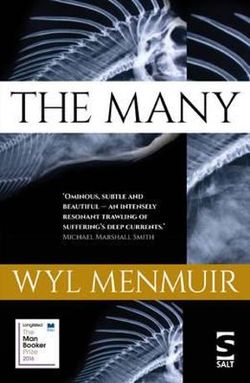 Timothy Buchannan buys an abandoned house on the edge of an isolated village on the coast, sight unseen.

When he sees the state of it he questions the wisdom of his move, but starts to renovate the house for his wife, Lauren to join him there.

When the villagers see smoke rising from the chimney of the neglected house they are disturbed and intrigued by the presence of the incomer, intrigue that begins to verge on obsession. And the longer Timothy stays, the more deeply he becomes entangled in the unsettling experience of life in the small village.

Ethan, a fisherman, is particularly perturbed by Timothy's arrival, but accedes to Timothy's request to take him out to sea. They set out along the polluted coastline, hauling in weird fish from the contaminated sea, catches that are bought in whole and removed from the village. Timothy starts to ask questions about the previous resident of his house, Perran, questions to which he receives only oblique answers and increasing hostility.

As Timothy forges on despite the villagers' animosity and the code of silence around Perran, he starts to question what has brought him to this place and is forced to confront a painful truth.

iis an unsettling tale that explores the impact of loss and the devastation that hits when the foundations on which we rely are swept away.

Be the first to review The Many.