Why Our Staff Love The River Sings:
This is a strange and addictive novel. A mother and the daughter who grew up without her exist in parallel narratives in 19th Century England. Torn between humble, ancient traditions and a man with great expectations and a secretive origin, their's is a lyrical story full of struggle and yearning. A book teaming with mystery that will capture your imagination.

London, 1825: Eglantine has always had an eye for the shine. Born the same day as the young princess destined to be queen, Eglantine has an altogether different path ahead of her, strewn with the glittering waste of her father's ambitions.

Her mysteriously prosperous father, Mr Amberline Stark, is a man of great expectations. He coaxes her to follow in his footsteps, making picking pockets a delightful parlour game which they play in their fine house by the Thames. Eglantine's life before her arrival at the house remains a mystery, her memories wrapped up in a small doll she keeps close to her, and with it the fragmentary recollections of her mother.

It is only when Amberline is caught and transported as a thief to the penal colony of Australia, that Eglantine has to grow up and fend for herself using her only skill. Reluctantly, the thief's daughter becomes a thief, until a chance meeting gives her a window on a new way of being, and the opportunity to strike out into a new and untarnished world. But will the weight of her father's choices make her a prisoner in the house at the side of the Thames?

She graduated from the Australian National University, Canberra, with a Double Major in English Literature and Drama, and co-established a small theatre company before moving to Sydney to pursue a career as an actor, then turning to writing. 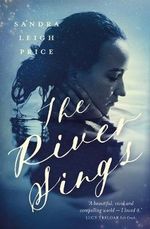 Fiction Historical mysteries New Australian Writing Book of the Month
Hold on while we process your request.