The Short and Excruciatingly Embarrassing Reign of Captain Abbott

An irreverent take on the political life and times of the man who was our 28th prime minister.

Poor people don't drive cars. People have the right to be bigots. I'm a fixer. Team Australia. Shirtfonting. Choppergate. Stop the boats. Coal is good for humanity. No cuts to health. Sir Prince Philip. The flags. It's all the fault of the febrile media. And that whole onion thing.

In August 2013, Australia welcomed Tony Abbott as its new prime minister. This promised to be a marriage between responsible government and a nation tired of the endless drama of the Gillard-Rudd years. But then.. well..

Andrew P Street details the litany of gaffes, goofs and questionable captain's calls that characterised the subsequent reign of the Abbott government, following the trail from bold promises to questionable realities, unlikely recoveries to inexplicable own goals, Malcolm Turnbull's assurances of support to the day he pushed the Captain off his bike once and for all.

And all this comes with a colourful cast of supporting characters and dangerous loons that only a nation unfamiliar with the concept of below-the-line voting could elect. Here is a unique take on a modern politics Australian style.

If Game of Thrones was a deeply irreverent book about politics, then the TV series would probably not rate nearly as well. It would, however, look something like this. 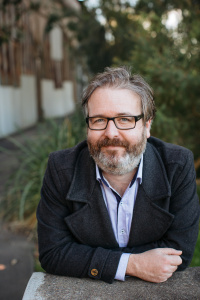 Andrew P Street is the author of The Short and Excruciatingly Embarrassing Reign of Captain Abbott and The Curious Story of Malcolm Turnbull, the Incredible Shrinking Man in the Top Hat.

But before he ventured into political commentary he was a music journalist. He's been published internationally in NME, Rolling Stone, Time Out, GQ, the Guardian, and Virgin's Voyeur in-flight magazine.

Locally he's appeared in pretty much every masthead with a freelance budget, from the Sydney Morning Herald to Elle, the Big Issue and Australian Guitar. He also played in an Adelaide band (or two), The Undecided and Career Girls.

Be the first to review The Short and Excruciatingly Embarrassing Reign of Captain Abbott. 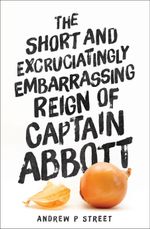 The Short and Excruciatingly Embarrassing Reign of Captain Abbott