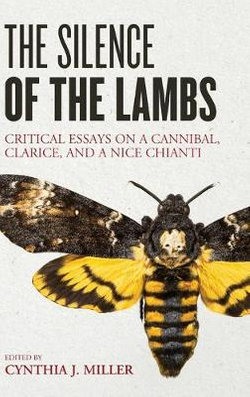 The Silence of the Lambs

Critical Essays on a Cannibal, Clarice, and a Nice Chianti

One of only three films to-date to win Academy Awards in all five major categories, The Silence of the Lambs marked a sea change in horror films when it debuted, shifting the genre from teen slasher fare of the 1970s to the sophisticated psychological horror that characterizes acclaimed films today. Praised by some as the first true feminist thriller, it has drawn criticism from others for perpetuating narratives of crimes against women and demonizing its queer character. Regardless of the controversy, this film is a perennial favorite and even made it into AFI's list of top 100 movies of all time. In The Silence of the Lambs: Critical Essays on a Cannibal, Clarice, and a Nice Chianti, editor Cynthia J. Miller compiles fifteen essays, contributed by authors from a wide range of disciplines, which are divided into three sections, each approaching the film from a different vantage point: "Situating the Silence" looks at the film in its cultural and historical context--as an adaptation, popular culture icon, and as an element in genre and character history; "Dissecting Evil" takes a closer look at portrayals of evil in the film, in both Hannibal Lecter and Buffalo Bill; and "Minds, Hearts, and Body Parts" offers critical explorations of gender, patriarchy, class, Orientalism, and humor as lenses for continued contemporary analysis of this classic film. Written accessibly, this collection of essays also introduces readers to forensics, semantics, and the psychology of serial killers. The Silence of the Lambs: Critical Essays on a Cannibal, Clarice, and a Nice Chianti will be of interest to scholars and fans of horror, thriller, and crime drama films, as well as those interested in film history and the legacy of "Hannibal the Cannibal" in popular culture.

Be the first to review The Silence of the Lambs.

The Silence of the Lambs