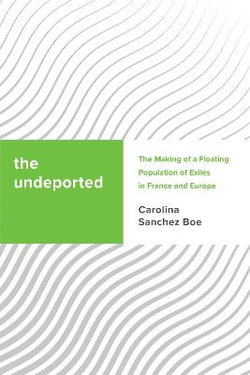 What are the consequences of short-term political decisions for migrants and receiving countries at large? Through ethnographic fieldwork and sociological enquiry, this analysis focuses on a so far unexamined dimension of the current border crisis. The constitution of a population of 'undeported' exiles in France and Europe during the past decades shows to what extent current migration policies - which are increasingly repressive - are not only inhumane from the perspective of migrants, activists, and also many street level bureaucrats, but how they are also irrational and counterproductive from a political, social and economical perspective. Sanchez Boe argues that the immense budgets used for repression (walls, prisons, detention centres, policing, and camps) which are only sound from the perspective of very short-term election policy, could be used to treat migrants and refugees in a humane way, which would also be a politically sound investment in the future of all.

Be the first to review The Undeported.