Be the first to write a review
Tweet
RRP  $33.99 $32.35
The recipient of numerous literary prizes, including the National Book Award, the Kafka Award, and the Pushcart Prize, Ursula K. Le Guin is renowned for her lyrical writing, rich characters, and diverse worlds. The Wind's Twelve Quarters collects seventeen powerful stories, each with an introduction by the author, ranging from fantasy to intriguing scientific concepts, from medieval settings to the future.

Including an insightful foreword by Le Guin, describing her experience, her inspirations, and her approach to writing, this stunning collection explores human values, relationships, and survival, and showcases the myriad talents of one of the most provocative writers of our time. 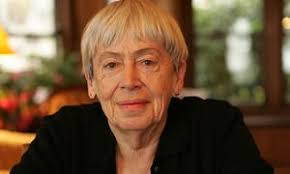 Ursula Kroeber Le Guin was an American novelist. She also authored children's books and short stories, mainly in the genres of fantasy and science fiction, and wrote poetry and essays.

Her work was first published in the 1960s and often depicted futuristic or imaginary alternative worlds in politics, the natural environment, gender, religion, sexuality, and ethnography. In 2016, The New York Times described her as "America's greatest living science fiction writer",although she said that she would prefer to be known as an "American novelist".

She has influenced Booker Prize winners and other writers, such as Salman Rushdie and David Mitchell, and notable science fiction and fantasy writers including Neil Gaiman and Iain Banks.

She has won the Hugo Award, Nebula Award, Locus Award, and World Fantasy Award, each more than once. In 2014, she was awarded the National Book Foundation Medal for Distinguished Contribution to American Letters.

In 2003, she was made a Grandmaster of Science Fiction, one of a few women writers to take the top honor in the genre.

Be the first to review The Wind's Twelve Quarters. 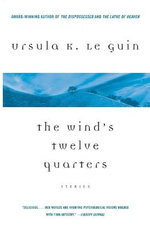