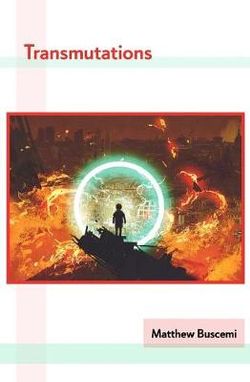 Transmutations of Fire and Void

by Matthew Buscemi
Paperback
Publication Date: 21/01/2019
Be the first to write a review
Tweet

The distance between violent conflagration and utter desolation is much shorter than you think.

A facility generates power by obliterating aesthetic beauty from parallel universes; a "pink brick" defies the analytical capacity of a team researching an alien culture; a world struggles to cope with the ecological impact of its moon's descending orbit; a young man with relationship problems is tormented by his own reflection; a deadly poisonous organism masquerades as an art show piece.

In 2014, Buscemi began experimenting with short form prose, eventually producing two collections, Lore & Logos and Transmutations of Fire and Void. This collection contains the best of those works, organized thematically, alongside new commentary from the author.

Be the first to review Transmutations of Fire and Void.

Transmutations of Fire and Void