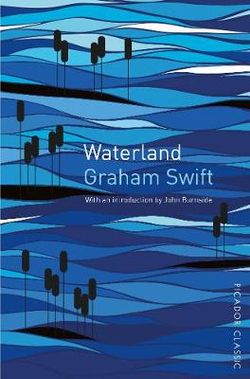 Children, only animals live entirely in the Here and Now. Only nature knows neither memory nor history. But man - let me offer you a definition - is the story-telling animal.

Tom Crick is a passionate teacher, but before he is forced into retirement by scandal, he has one last history lesson to deliver: his own. Spanning more than 200 years in the lives of its haunted narrator and his ancestors, Waterland is a visionary tale of England's mysterious Fen country. Taking in eels and incest, ale-making and madness, the discovery of a body and a tragic family romance, this is an extraordinary novel about the heartless sweep of history and man's changing place within it.

In the years since its first publication in 1983, Waterland has established itself as a much-loved classic of twentieth-century British literature. It was shortlisted for the Booker prize, won the Guardian Fiction Prize and has been adapted into a film starring Jeremy Irons and Ethan Hawke.

Graham Swift was born in 1949 and is the author of ten novels, two collections of short stories, including the highly acclaimed England and Other Stories, and of Making an Elephant, a book of essays, portraits, poetry and reflections on his life in writing.

His most recent novel, Mothering Sunday, became an international bestseller and won The Hawthornden Prize for best work of imaginative literature. With Waterland he won the Guardian Fiction Prize, and with Last Orders the Booker Prize. Both novels were made into films. His work has appeared in over thirty languages.

Be the first to review Waterland. 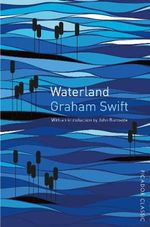