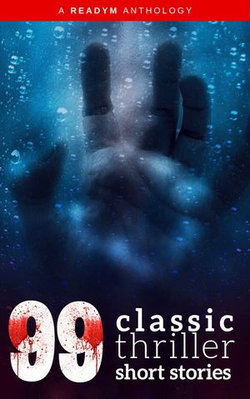 by Edgar Allan Poe, Alexander Pushkin,  Algernon Blackwood and others

Alexander Sergeyevich Pushkin was born in Moscow in 1799. He was liberally educated and left school in 1817. Given a sinecure in the Foreign Office, he spent three dissipated years in St Petersburg writing light, erotic and highly polished verse. He flirted with several pre-Decembrist societies, composing the mildly revolutionary verses which led to his disgrace and exile in 1820. After traveling through the Caucasus and the Crimea, he was sent to Bessarabia, where he wrote The Captive of the Caucasus and The Fountain at Bakhchisaray, and began Eugene Onegin. His work took an increasingly serious turn during the last year of his southern exile, in Odessa.

In 1824 he was transferred to his parents' estate at Mikhaylovskoe in north-west Russia, where he spent two solitary but fruitful years during which he wrote his historical drama Boris Godunov, continued Eugene Onegin and finished The Gipsies. After the failure of the Decembrist Revolt in 1825 and the succession of a new tsar, Pushkin was granted conditional freedom in 1826. During the next three years he wandered restlessly between St Petersburg and Moscow. He wrote an epic poem, Poltava, but little else.

In 1829 he went with the Russian army to Transcaucasia, and the following year, stranded by a cholera outbreak at the small family estate of Boldino, he wrote his experimental Little Tragedies in blank verse and The Tales of Belkin in prose, and virtually completed Eugene Onegin. In 1831 he married the beautiful Natalya Goncharova. The rest of his life was soured by debts and the malice of his enemies. Although his literary output slackened, he produced his major prose works The Queen of Spades and The Captain's Daughter, his masterpiece in verse, The Bronze Horseman, important lyrics and fairy tales, including The Tale of the Golden Cockerel. Towards the end of 1836 anonymous letters goaded Pushkin into challenging a troublesome admirer of his wife to a duel. He was mortally wounded and died in January 1837.

Baroness Orczy (1865-1947) was a Hungarian-born British author, best known for her Scarlet Pimpernel novels. Her Teahouse Detective, who features in The Old Man in the Corner, was one of the first fictional sleuths created in response to the Sherlock Holmes stories' huge success.

Initially serialised in magazines, the stories in this collection were first published in book form in 1908 and have since been adapted for radio, television and film. Two more collections of Teahouse Detective mysteries are forthcoming from Pushkin Vertigo.

William Wilkie Collins was born in London in 1824, the son of a successful and popular painter. On leaving school, he worked in the office of a tea merchant in the Strand before reading law as a student at Lincoln's Inn. However his real passion was for writing and, in 1850, he published his first novel, Antonina.

In 1851, the same year that he was called to the bar, he met and established a lifelong friendship with Charles Dickens. While Collins' fame rests on his best known works, The Woman in White and The Moonstone, he wrote over thirty books, as well as numerous short stories, articles and plays. He was a hugely popular writer in his lifetime. An unconventional individual, he never married but established long-term liaisons with two separate partners. He died in 1889.

Be the first to review 99 Classic Thriller Short Stories:. 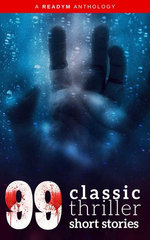 by Edgar Allan Poe, Alexander Pushkin,  Algernon Blackwood and others

Short stories Classic fiction
Hold on while we process your request.