A Long Walk Through a Short History

In the summer of 1981 Will Traverse set out to walk across the city of Brisbane; a journey that took him from an Aboriginal bora ground in the Samford valley west of the city, through the city centre, and on to a midden on Stradbroke Island. At that time Brisbane, a small city under the yoke of an ultra-conservative state government, was transitioning from what many called that great big country town into what would become the two-hundred-kilometre city. Wills journey, through time and space, maps a unique portrait of a city and its people during this time of change. Along the way he met many characters, including the last Samford dairy farmer and his dog, a woman who told him things shed held secret for too long, and an American soldier whod been stationed in Brisbane during the Pacific Campaign. There were many strange encounters, including a drunken game of racing peanuts, a conversation with six cane toads, and monsters in the night. As he walked Will sometimes recalled events from his own past. Sometimes these memories were pleasant, some bitter-sweet, but there was one, concerning a visit to a place of evil, that haunted him.

Be the first to review A Long Walk Through a Short History. 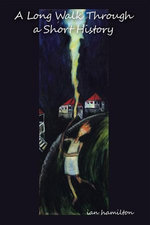 A Long Walk Through a Short History

General & world history Travel & holiday
Hold on while we process your request.