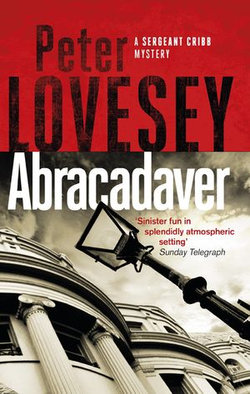 The third book in the Sergeant Cribb series, from Peter Lovesey.

A practical joker is haunting the popular music halls of Victorian London - but far from being funny, his intentions are deeply sinister. A trapeze artist misses her timing when the ropes are shortened; a comedian who invites the audience to sing along with him finds the words of his song 'shamefully' altered; mustard has been applied to a sword swallower's blade; a singer's costume has been rigged; the girl in a magician's box is trapped.

And then the mischief escalates to murder. Or was murder intended all along? The indomitable detective team of Sergeant Cribb and Constable Thackeray dive into the back rooms and dark alleyways of London as they pursue the elusive criminal.

A reissue from the delightful Sergeant Cribb series, set in Victorian London.

Be the first to review Abracadaver. 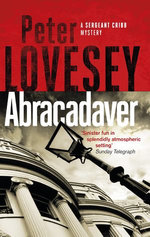