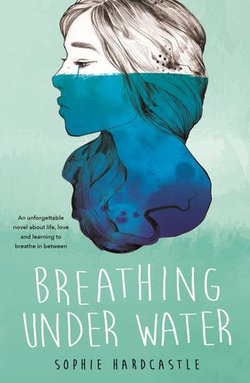 An evocative and emotionally powerful debut novel of life, death and learning to breathe in between.

Sophie is an emerging Australian writer who is already receiving critical acclaim and has been named one of Triple j's '25 Under 25 who are nailing it!'.

If you love stories by John Green, Rainbow Rowell or Melina Marchetta you will love this story.

Nineteen minutes and eleven seconds separated us at birth. On the official documentation, he is older . . . Although it really has nothing to do with age. What it really means is that I am, and have always been, second.

Ben and Grace Walker are twins. Growing up in a sleepy coastal town it was inevitable they'd surf. Always close, they hung out more than most brothers and sisters, surfing together for hours as the sun melted into the sea. At seventeen, Ben is a rising surf star, the golden son and the boy all the girls fall in love with. Beside him, Grace feels like she is a mere reflection of his light. In their last year of school, the world beckons, full of possibility. For Grace, finishing exams and kissing Harley Matthews is just the beginning.

Then, one day, the unthinkable. The sun sets at noon and suddenly everything that was safe and predictable is lost. And everything unravels.

Breathing Under Water is a lyrical and emotionally powerful novel about life, death and learning to breathe in between.

Sophie Hardcastle is an author and artist currently studying a Bachelor of Fine Arts at Sydney College of the Arts, majoring in painting. Sophie's memoir, Running like China, is published by Hachette and was released in September 2015. Her debut novel, Breathing Under Water, will be published by Hachette in July 2016.

In addition to her books, Sophie has written for various magazines, including ELLE, Harper's Bazaar and Surfing World, and has also written for theatre. Sophie is now a mental health spokesperson for Batyr. She shares her experiences with bipolar 1 disorder by speaking in schools around the country. Sophie was recently named as one of Triple j's '25 Under 25 who are nailing it!'.

Be the first to review Breathing Under Water.