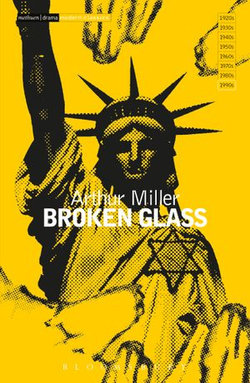 'Broken Glass is a brave, bighearted attempt by one of the pathfinders of postwar drama to look at the tangle of evasions and hostilities by which the soul contrives to hide its emptiness from itself.' John Lahr (The New Yorker)

Brooklyn, 1938: Sylvia Gellburg is stricken by a mysterious paralysis in her legs for which the doctor can find no cause. He soon realizes that she is obsessed by the devastating news from Germany, where government thugs have begun smashing Jewish stores. But this experience is intermeshed with what he learns is her strange relationship with her husband Philip. When the two seemingly unrelated situations concatenate, a tragic flare of light opens on the age.

'His strongest play for many years, a gripping and at times powerfully affecting drama. As almost always in his work, it balances private lives with public morality...It is also an amazingly full-blooded piece, bursting with pain and passion.' (Charles Spencer Daily Telegraph)

Be the first to review Broken Glass. 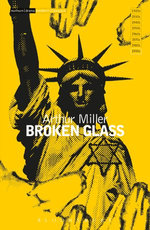