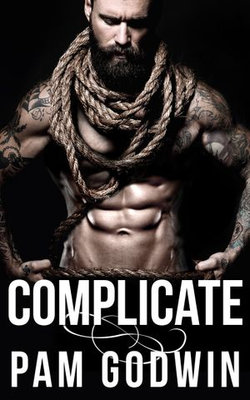 The heart-pounding conclusion of the DELIVER series.

Cole Hartman is a mystery.

He works alone, sleeps alone, and satisfies his aches...alone. He hasn't touched a woman in seven years.

No one will ever compare to the one who broke his heart.

Until he stares into the seductive eyes of his enemy.

He finally meets his match in the redheaded Russian spy.

But she's a dangerous risk. His obsession with her leaves him only one choice.

If you love something, let it go.

If it doesn't kill you, hunt it down and take it.

This is Cole Hartman's story.

But it's not his beginning.

The saga of Cole, Danni, and Trace starts in the TANGLED LIES trilogy.

You don't have to read TANGLED LIES, but if you want to read it, do so before reading this book.

The books in the DELIVER series are standalones, but they must be read in order.

Be the first to review Complicate.