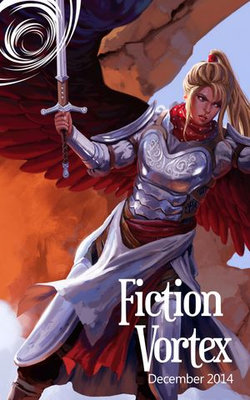 by Danielle Coombs, Fiction Vortex,  Rhoads Brazos and others

The second year of Fiction Vortex is coming to a close, and we're happier than a leprechaun on a rainbow slide. It has been a fantastic year, and we're capping it off with a strong lineup of stories. We've got alien spies, paper weapons of mass destruction, tired old superheroes, some conspicuous birds, and a twist on Greek mythology. It's one of our best issues ever. 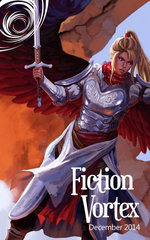 by Danielle Coombs, Fiction Vortex,  Rhoads Brazos and others