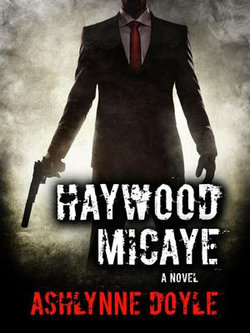 To Haywood Micaye, other people mean nothing. A member of America's top sector of espionage, he asserts an arrogant dominance over anyone he comes in contact with. His elitist ideals enable him to rationalize killing a fellow agent on an assignment in Russia.

Back in the States, his superiors demand accountability for his actions that Micaye refuses to provide. Amid this, a rising terrorist organization known as the Leviticus strikes fear into the American public by threatening the impending destruction of the country.

If Micaye puts a stop to the terrorist organization, it could mean redemption in the eyes of his superiors. If he fails, he dies and takes America down with him. Not only that, but as he gets further ensnared in the complex web of the Leviticus, he has to confront his skewed moral compass head-on by coming to terms with his actions overseas.

It's time for him to decide what he values more: keeping his personal ideology alive, or dying to save his country.

Be the first to review Haywood Micaye.