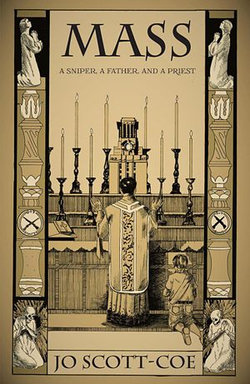 MASS: A Sniper, a Father, and a Priest

On August 1, 1966, Charles Whitman climbed to the top of the University of Texas at Austin’s clock tower and performed the first televised and (at the time) deadliest mass shooting in American history. Two weeks after the murders, FBI agents interviewed a Catholic priest in Alaska who had known Whitman and his family for fifteen years.

Jo Scott-Coe discovered the report of this interview in an online search about the shooting nearly fifty years later. As a stray Catholic, she was intrigued: Was the priest still alive? What was the nature of his connection to the sniper? How had he been affected by his friend’s violence? What light did this relationship shed on the sniper’s experience of religion?

A search for simple answers led to more questions and five years of research, through archives and cross-country site visits, through interviews, newspaper reports, and public records. The winding path of the priest’s buried story—a mixed-up life with its own sad and ambiguous ending—led deeper into the rabbit-hole of mid-century American (and mostly male) power structures in the Church, in middle-class white families, in marriages, in scouting, in the military. “Normalcy,” at least on the outside, could hide a host of dysfunctions, perpetuated by unspoken allegiances and toxic permission. Invisible brotherhoods made it too easy for special men to lead double lives, turn destruction inwards, or lash out violently against those they claimed to love.

Not much has changed. Half a century since Whitman’s rampage, we now consume seemingly endless images of domestic terror from men wielding guns in public places: at schools, in movie theaters, churches, nightclubs, and city streets. But the “breaking news” ritual still blinds us to the terror such perpetrators have often first inflicted in private and have (sometimes) endured in their own childhoods.

Rather than deflecting Whitman’s responsibility or seeking a single cause for his final violent acts, MASS:A Sniper, a Father, and a Priest traces Scott-Coe’s struggle to explore the intersecting lives of adult men whose values imprinted upon Whitman long before he ever killed anyone. Scott-Coe turns the camera away from the spectacle and towards overlapping narratives in a broader cultural moment, showing how the sniper and his two fathers—one biological, one religious—were united by the most damaging traditions of American priesthood, both secular and sacred.

Employing a three-part structure that fuses two lyric meditations alongside a core of intensely researched narrative history, MASS:A Sniper, a Father, and a Priest probes the hidden wounds of paternal-pastoral failure and interrogates our collective American conscience. Contains extensive supplementary materials, including author’s notes and sources.

Be the first to review MASS: A Sniper. 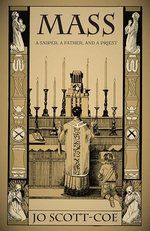 MASS: A Sniper, a Father, and a Priest

True crime Biography: historical True crime
Hold on while we process your request.