For the villagers living in the shadow of their ruling lords who view them as little more than property, marriage is the only way to protect their vulnerable daughters.

Although Lamorna knows this, she keeps hoping for a way out of her impending marriage. For her, marriage means having to leave her parents, her friends, her home… all that's familiar and safe.

But when the unthinkable happens, and priests order soldiers to take her infant brother, Lamorna has no choice but to flee her beloved home.

On the run with a baby, pursued by soldiers, Lamorna finds unexpected help in the form of wolves, wise women and an ancient goddess.

Be the first to review Moon Goddess. 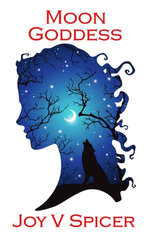