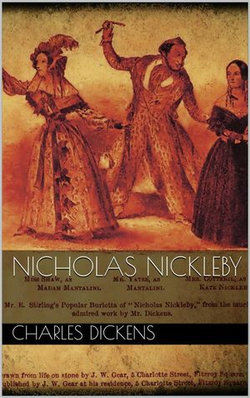 This story was begun, within a few months after the publication of the completed "Pickwick Papers." There were, then, a good many cheap Yorkshire schools in existence. There are very few now.

Of the monstrous neglect of education in England, and the disregard of it by the State as a means of forming good or bad citizens, and miserable or happy men, private schools long afforded a notable example. Although any man who had proved his unfitness for any other occupation in life, was free, without examination or qualification, to open a school anywhere; although preparation for the functions he undertook, was required in the surgeon who assisted to bring a boy into the world, or might one day assist, perhaps, to send him out of it; in the chemist, the attorney, the butcher, the baker, the candlestick maker; the whole round of crafts and trades, the schoolmaster excepted; and although schoolmasters, as a race, were the blockheads and impostors who might naturally be expected to spring from such a state of things, and to flourish in it; these Yorkshire schoolmasters were the lowest and most rotten round in the whole ladder. 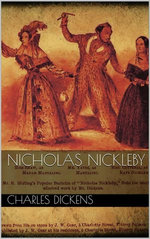