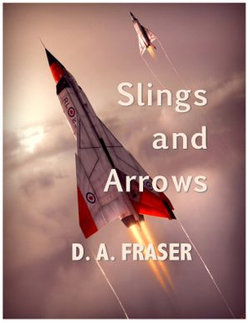 Canada is under siege!. The long-ruling Conservative Party has allowed the country to drift aimlessly and the country stands divided. Meanwhile, hostile nations are lining up on the nation's Arctic borders ready to strike in the hopes of laying claim to the mineral rich lands in the north. Not standing idly by, the United States watches with concern and its own political agenda. Even Great Britain sits on the sidelines.

Left hanging out to dry by the international community, the peaceful northern nation must stand alone. Called out by his own adoring public, political co,umnist Don Watson must make a choice: watch ithe country fall into ruin or get involved. But is it really that simple?

Political intrigue, scientific innovation and a series of unexpected events bring the country to the brink of war and only a small band of unlikely heroes stands in the way of total annihilation.

Be the first to review Slings and Arrows. 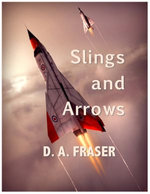 Adventure Espionage & spy thriller Science fiction
Hold on while we process your request.