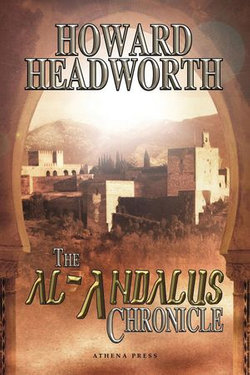 Howard Headworth's thrilling trilogy takes us to 1480s Spain. For Spaniards, it's the dawn of their country's Golden Age. For the Moors of al-Andalus in the south, it's the beginning of a bitter harvest. And far to the west, a New World Beckons... Glorious depictions of action, the sweep of historical events, a panopoly of characters, and the tide of emotions running in the heart of a young man - Pedro Togeiro - make this book a treasure. Bereft of his family, tortured by the Inquisition, and caught in the crossfire between Christian and Muslim, Pedro makes a momentous decision. He takes ship accross the sea with Columbus and his caravel. Through the eyes of Pedro Togeiro, half Christian, half Jewish, the author paints a vivid, harshly beautiful picture of a world undergoing a sea change and a country at the crossroads. The path it chose brought it incredible riches, but at what cost?

Be the first to review The Al-Andalus Chronicle.