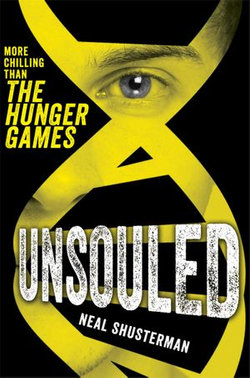 In the next part of Neal Shusterman's gripping and thought-provoking futuristic thriller, Connor, Lev and Risa continue to uncover shocking secrets about the process of 'Unwinding' and the company, Proactive Citizenry, which created Cam, a teen made completely from parts taken from 'unwound' teens. There are plans to mass produce rewound teens like Cam for military purposes, and below the surface of that potential horror lies a sinister layer of intrigue… Proactive Citizenry has been suppressing technology that could make unwinding completely unnecessary. Will Connor, Lev and Risa ever be able to break free from the fear of Unwinding?

"Following in the footsteps of Jonathan Swift, Shusterman uncorks a Modest Proposal of his own…" Booklist

"Gripping, brilliantly imagined futuristic thriller… The issues raised could not be more provocative - the sanctity of life, the meaning of being human - while the delivery could hardly be more engrossing or better aimed to teens." Publishers Weekly, starred review

"This is the kind of rare book that makes the hairs on your neck rise up. It is written with a sense of drama that should get it instantly snapped up for film." The Times

Be the first to review Unsouled. 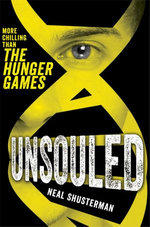