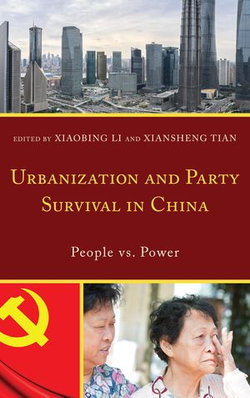 Urbanization and Party Survival in China

by Guangqiu Xu, Jingyi Song,  Patrick Fuliang Shan and others

While the Chinese urban movement has successfully transferred surplus labor from the countryside to urban industries that urgently require free and cheap labor, numerous problems have arisen as a result of the unprecedented huge-scale process. Such conditions such as overcrowding, substandard housing, lack of social services, corruption, and abuse of power have often reached crisis stage. American college students often ask: How does the government control the largest urban population in the world? Why do newly developed, highly commercialized cities continue to support the Chinese Communist Party (CCP) rather than challenging the old regime? What happens when urban residents have problems with a party-controlled government?

This book, collects essays from the best scholars in their fields and examines urban issues, including identifying residents’ concerns, analyzing policy problems, and providing some answers to these pivotal questions. They address this important topic from a Chinese-American perspective through a cooperative interdisciplinary research effort among Chinese-American scholars interested in the subject. Their scholarship makes a significant contribution through multi-faceted components from different fields such as economics, political science, criminal justice, law, anthropology, sociology, and education. The authors introduce and explore the theory and practice of policy patterns, political systems, and social institutions by identifying key issues in Chinese government and society contained within the larger framework of the international sphere.

Originally from Beijing, Shanghai, Xi’an, Tianjin, and other cities in China, these authors have received training and advanced degrees from American universities and colleges, thus bringing uncommon perspective and conclusions by focusing on urban studies specific to China. Their endeavors move beyond the existing scholarship and seek to spark new debates and proposed solutions while reflecting on established schools of history, religion, linguistics, and gender studies. Crucial to this volume is the assessment of historical and empirical data found in these essays that place major events in the context of Chinese tradition, its culture, and national security. Using comprehensive coverage to create a broad and solid foundation of knowledge, this collection presents a better understanding of the current Chinese metropolitan climate and includes legitimate issues with city policy implementation.

Be the first to review Urbanization and Party Survival in China. 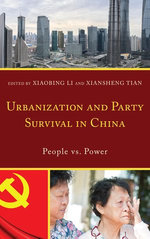 Urbanization and Party Survival in China

by Guangqiu Xu, Jingyi Song,  Patrick Fuliang Shan and others