The most anticipated book of 2015! Go Set a Watchman is the newly discovered novel by Harper Lee, author of To Kill A Mockingbird. Announced on 4 February, the news came as a surprise and sent the literary world into a spin with anticipation and excitement!

Go Set a Watchman is set during the mid-1950s and features many of the characters from To Kill a Mockingbird some twenty years later. Scout (Jean Louise Finch) has returned to Maycomb from New York to visit her father Atticus. She is forced to grapple with issues both personal and political as she tries to understand both her father’s attitude toward society, and her own feelings about the place where she was born and spent her childhood. An instant classic.

After To Kill a Mockingbird was published in 1960, Harper Lee set aside Go Set a Watchman, and never returned to it. The original manuscript of the novel was considered to have been lost until the autumn of 2014, when Tonja Carter discovered it in a secure location where it had been affixed to an original typescript of To Kill a Mockingbird.

Harper Lee says, `In the mid-1950s, I completed a novel called Go Set a Watchman. It features the character known as Scout as an adult woman and I thought it a pretty decent effort. My editor, who was taken by the flashbacks to Scout’s childhood, persuaded me to write a novel from the point of view of the young Scout. I was a first-time writer, so I did as I was told. I hadn’t realised it had survived, so was surprised and delighted when my dear friend and lawyer Tonja Carter discovered it. After much thought and hesitation I shared it with a handful of people I trust and was pleased to hear that they considered it worthy of publication. I am humbled and amazed that this will now be published after all these years.’ 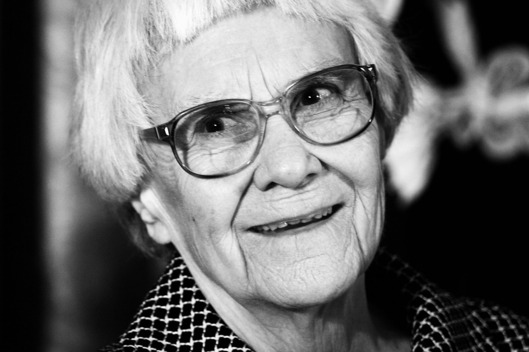 Harper Lee was born in 1926 in Monroeville, Alabama. She attended Huntington College and studied law at the University of Alabama.

She is the author of the acclaimed novels To Kill A Mockingbird and Go Set A Watchman, and was awarded the Pulitzer Prize, the Presidential Medal of Freedom and numerous other literary awards and honours.