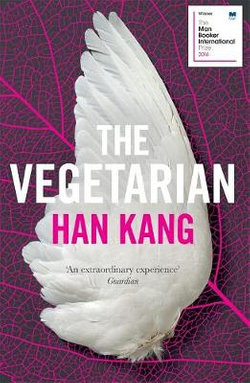 A beautiful, unsettling novel in three acts, about rebellion and taboo, violence and eroticism, and the twisting metamorphosis of a soul.

He is an office worker with moderate ambitions and mild manners; she is an uninspired but dutiful wife. The acceptable flatline of their marriage is interrupted when Yeong-hye, seeking a more 'plant-like' existence, decides to become a vegetarian, prompted by grotesque recurring nightmares.

Fraught, disturbing and beautiful, The Vegetarian is a novel about modern day South Korea, but also a novel about shame, desire and our faltering attempts to understand others, from one imprisoned body to another. 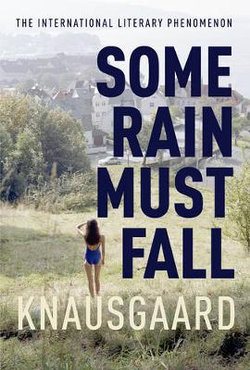 Some Rain Must Fall

As the youngest student to be admitted to the prestigious Writing Academy, he arrives full of excitement and writerly aspirations.

Soon though, he is stripped of youthful illusions. His writing is revealed to be puerile and clichéd, and his social efforts are a dismal failure. Awkward in company and hopeless with women, he drowns his shame in drink and rock music.

Then, little by little, things take a brighter turn. He falls in love, gives up writing in favour of the steady rewards of literary criticism, and the beginnings of an adult life take shape.

That is, until his self-destructive binges and the irresistible lure of the writer's struggle pull him back.

In this fifth instalment of the My Struggle cycle, Karl Ove discloses his personal and often deeply shameful battles with introversion, alcohol abuse, infidelity and artistic ambition. Knausgaard writes with unflinching honesty to deliver the full drama of everyday life, in a breathless novel poised between a desperate yearning to be good, and the terrible power of transgression.

Some Rain Must Fall 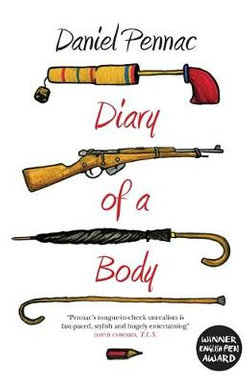 Diary Of A Body

A French counterpart to Adrian Mole, by one of Europe's best-loved comic writers

From a particularly humiliating accident at scout camp, to the final stages of terminal illness, Daniel Pennac's warm, witty and heart-breaking novel shows the rise and fall of an ordinary man, told through his observations of his own body.

It is with damp eyes (not to mention underpants) that our narrator begins his diary, seeking through it to come to terms with the demoralising quirks of his fleshy confines. Through the joys and horrors of puberty to the triumphs of adolescence, we grow to love him through every growth, leak and wound, as he finds himself developing muscles, falling in love, and then leaving school to join the French Resistance.

Yet, as ever, this is only half the story. As years pass and hairs grey, everything he took for granted begins to turn against him. Tackling taboo topics with honesty and charm, Pennac's wit remains sharp even as everything else begins to sag. This is a hugely original story of the most relatable of unlikely love stories: a human, and the body that defines him.

Diary Of A Body